In 2005, the three-year Pelion Cave Project was initiated by the Danish Institute at Athens in cooperation with the Ephorate of Palaeoanthropology and Speleology of Northern Greece under the Greek Ministry of Culture. Project director is archaeologist Niels H. Andreasen. The purpose of the project is to shed light on the diversity, complexity and development of cave use on Mount Pelion in Thessaly, mainly from the end of the Ottoman period in that region (1881) until today.

Husbandry, local history and folklore related to caves have rarely been documented systematically throughout a region. Although the physical traces and knowledge of cave use are disappearing rapidly, caves remain a valuable source of information concerning local history and regional economy. The investigation in the Pelion region is a unique opportunity to ask key questions of both ethnographic and historical interest and has demonstrated nuances in cave use that would otherwise have remained undetected. The methodology includes archaeological survey, systematic collection of objects from the cave floors, local history research and interviews with local informants.

The survey on Mount Pelion of 2006-2008 documented around 160 caves and rock shelters and compiled a rich collection of ethnographic material. Drawing on archaeological and topographical data from the caves as well as documentary records, oral history and folklore, the project has raised interesting issues about cave use prior to and following the onset of the industrialised period. Cave use on Pelion demonstrates complexities beyond the picture usually perceived by archaeologists and provides a fascinating glimpse of a humanised landscape existing outside the cultural landscape of villages and fields.

The archaeological and ethnographic fieldwork is supported by the Institute of Aegean Prehistory, THE COSTOPOULOS FOUNDATION, Queen Margrethe II’s Archaeological Foundation and The Augustinus Foundation. Scientific adaptation of the data for publication as an English monograph (expected 2016) has been made possible due to a grant from the Danish Research Council Agency for Science, Technology and Innovation.

The Danish Institute at Athens conducted, in collaboration with the National Museum in Copenhagen and Ephoreia of the Dodecanese (represented by Dr. Effy Karantzaly), in June 1994 a survey campaign in the valley around the village Kattavia in Southern Rhodes. A team of archaeologists, led by Dr. Phil. Søren Dietz (Director of the Institute until 1997) and mag.art. Mette Korsholm as field director, examined an area of about 5 km2.
They succeded in locating the center of the ancient deme, Kattavia, a workshop for early Archaic (7th century. f. Kr.) relief decorated amphorae and a large workshop producing transport amphorae. The collected material documented the settlement in the valley from the Neolithic Age to the early Christian times, and later. Ceramics processing by curator John Lund, the National Museum.
The study was funded by the General Consul Gösta Enboms Foundation

A survey in the western part of the Ionian island of Cephalonia, directed by Professor Klavs Randsborg from the University of Copenhagen, was begun under the sponsorship of the Swedish Institute in 1992, and continued by the Danish Institute with campaigns in 1993 and 1994. Measurements of the ancient town of Sami were undertaken as part of the project. 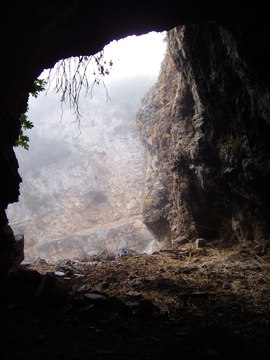